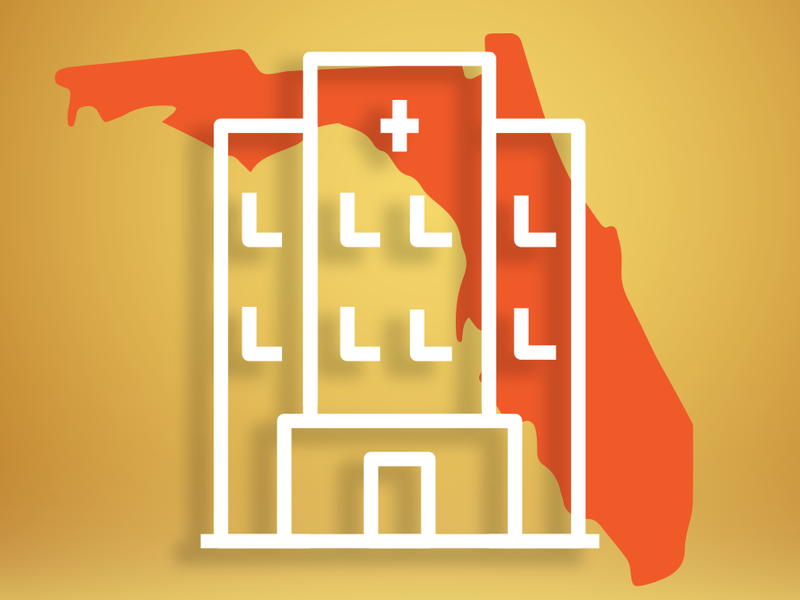 HCA Healthcare continues to expand its Florida footprint with the addition of three acute-care hospitals.

The new facilities will include a 90-bed hospital in Gainesville, a 60-bed hospital near the Villages and a 100-bed hospital in Fort Myers, the Nashville, Tennessee-based company’s Florida division announced on Tuesday. Construction is expected to begin next year.

“Florida continues to experience rapid population growth, and the addition of these new hospitals will help HCA Florida Healthcare meet the increasing need for acute care services in these areas,” HCA Healthcare CEO Sam Hazen said in a news release. “We are excited to expand our presence in the state and enhance our ability to care for patients.”

When the new facilities are open, HCA Florida Healthcare will operate 50 hospitals in the Sunshine State. The Florida operation treats 6.4 million patients annually and employs 77,000 workers, including 11,000 physicians, according to the company.

During the past several years, HCA Healthcare has invested about $3 billion in Florida, including $360 million for HCA Florida University Hospital, which opened this month, plus renovations, expansions and new equipment at sites across the state.

The for-profit health system has faced scrutiny for its expansions, and critics say HCA Healthcare is approaching monopoly status is some markets. The company announced it would buy five Utah hospitals in September, for example.

HCA Healthcare did not respond to requests for comment.