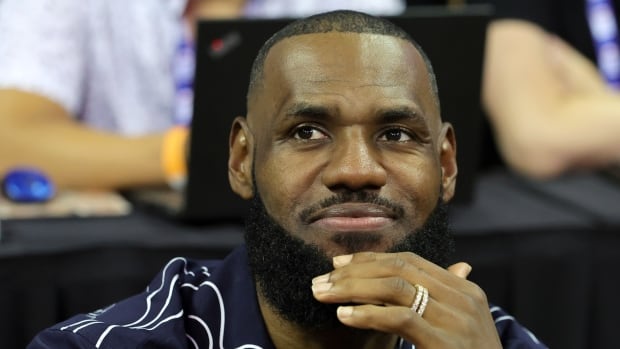 Four-time NBA champion LeBron James is getting into the pickleball business, as his firm LRMR Ventures headlines a new ownership group buying a team with Major League Pickleball (MLP).

James, who is also a four-time NBA MVP, is joined by fellow basketball greats Draymond Green and Kevin Love, as well as investment firm SC Holdings and others, the elite North American league said on Wednesday.

MLP founder Steve Kuhn said the investment would be instrumental in helping the league achieve its goal of reaching 40 million pickleball players by 2030.

“It’s a watershed moment for pickleball in general,” Kuhn said in a statement. “Pickleball is the fastest-growing sport in the country.”

LISTEN | Behind the rapid growth of pickleball:

Fresh Air9:24Fitness, fun and friendship: Why pickleball is one of the fastest growing sports in Canada

Sally Jorgensen and Mary Beth Denomy, two Toronto pickleball players and members of the East Toronto Pickleball Association talk about why they love the sport and how it helped them find a social network during the isolation of the pandemic.

Pickleball is a fast-paced paddle sport with similarities to tennis, though played on a much smaller court with a net using a perforated plastic ball.

MLP is expanding its league to 16 teams from 12 and is due to wrap up its 2022 season in Columbus, Ohio next month.

James’s business partner Maverick Carter told CNBC that the sport’s community and “capacity to be both fun and competitive” were motivating factors in the deal.

“We’re looking forward to bringing our expertise together to try and build a championship team,” he said.