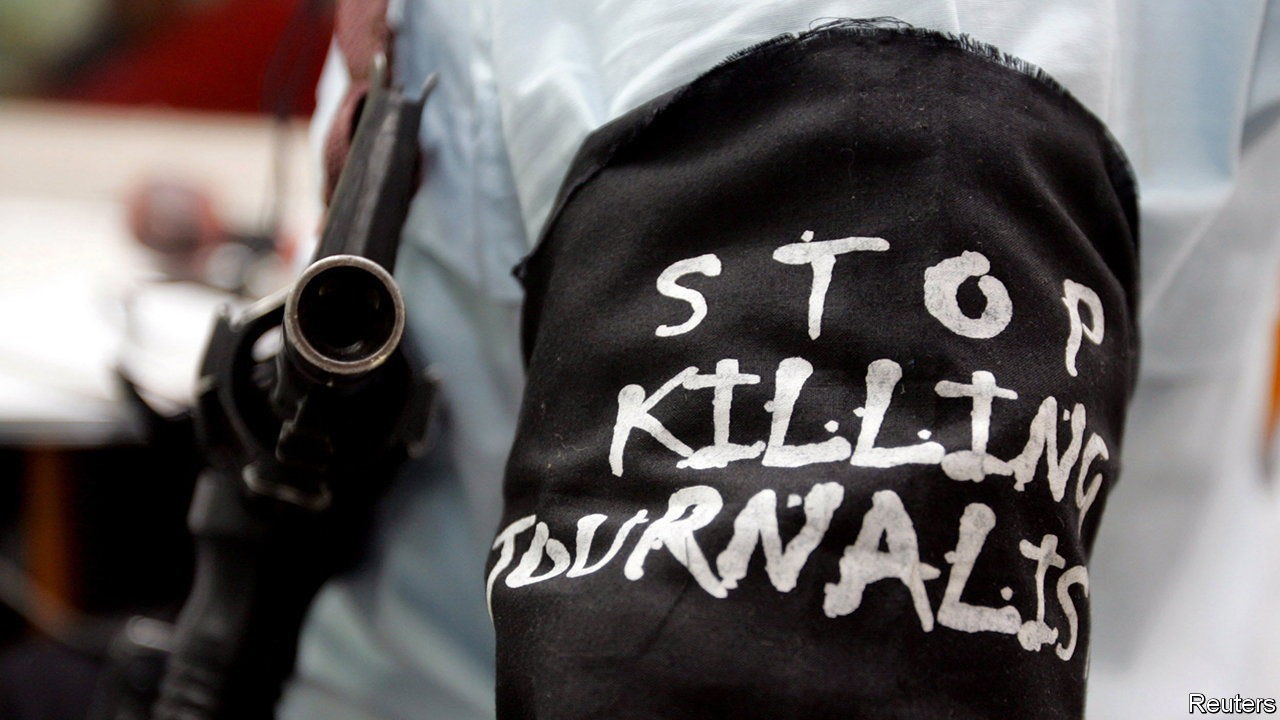 THE NOBEL PEACE PRIZE has not had the greatest few years. In 2019, to great fanfare, it was given to Abiy Ahmed, the prime minister of Ethiopia, for his role in bringing about a peace deal with Eritrea, Ethiopia’s tiny neighbour. It was hailed as a landmark for the country. “We must plant seeds of love, forgiveness and reconciliation in the hearts and minds of our citizens”, said Mr Abiy, that December, in his lecture on receiving the prize. Sadly, Mr Abiy’s seed-planting phase did not last very long. Last year, disaffected soldiers in Tigray, a northern region of the country with a long history of controlling Ethiopia, rebelled. Mr Abiy launched a brutal police action in retaliation. Last month, the prime minister and Nobel laureate toured the battlefield in what has become a new Ethiopian civil war, promising to use rebels as “target practice.”

The Nobel peace prize committee has been embarrassed before. Henry Kissinger won in 1973—while the United States, following his strategy, was carpet-bombing Cambodia. Among the bookies’ favourites this year were Greta Thunberg, a Swedish teenage environmentalist; the World Health Organisation, for its work in helping to get the world vaccinated; and Alexei Navalny, an imprisoned Russian dissident who last year was poisoned with novichok, a nerve agent, and almost died. Instead the gongs have gone to two journalists: Dmitry Muratov, who edits Novaya Gazeta, a liberal Russian newspaper; and Maria Ressa, a former CNN anchor who founded and is the chief executive of Rappler, a website critical of the Philippine government.

Both journalists have done remarkable work in difficult times. Mr Muratov and his newspaper have long toiled to investigate and expose wrongdoing, even as the net has tightened on critics in Russia. In 2014 Novaya broke stories about the shooting down of MH17, a Malaysian Airlines flight, by Russian-backed militants in Ukraine, and then published an apology on behalf of Russia on its front page at a time when Russia’s government was insisting it had nothing to do with the plane going down. Six of the newspaper’s journalists have been murdered in the past three decades. In March noxious substances were sprayed into the newspapers’ offices in an attempt at intimidation. Dozens of Russian journalists have been designated as “foreign agents” by the state. “We’ve been experiencing enormous pressure, of a sort we never experienced before,” says Pavel Kanygin, one of the paper’s reporters.

Ms Ressa’s news organisation, Rappler, which started as a Facebook page in 2011, has been one of very few Philippine news organisations to openly criticise President Rodrigo Duterte’s government, publishing investigations into extrajudicial killings undertaken by the police as part of his war on drugs. It has been targeted by malicious tax investigations, as well as libel cases. Ms Ressa, who along with several other journalists was named a Time magazine person of the year in 2018, has been fighting several libel cases, which in the Philippines can result in prison sentences. Last year she was convicted of one case of “cyber libel”, which she is appealing, but which could put her in prison for up to six years. In 2016, Mr Duterte, then the president elect, responded to a question about media killings with the claim that “just because you’re a journalist you are not exempted from assassination, if you’re a son of a bitch”.

Yet in Russia at least, many are disappointed with the committee’s choice not to give the prize to somebody higher profile, such as Mr Navalny, or Sviatlana Tsikhanouskaya, who stood in the Belarussian election last year. Alexander Etkind, a Russian historian, said he believed Mr Muratov deserved his award, but he had nominated Mr Navalny and he was sorry “that the Nobel committee did not have courage to do the right thing.” Indeed the Kremlin seemed delighted it had not done so. Dmitry Peskov, Vladimir Putin’s press officer, congratulated Mr Muratov for his “talent” and “bravery”. With Mr Navalny still in prison and in poor health, a Nobel would have been deeply embarrassing to Mr Putin in a way that Mr Muratov’s is not.

Both editors have accepted their awards graciously, speaking up for other journalists and victims of oppression. “I am laughing. I didn’t expect it at all. It’s madness over here right now,” Mr Muratov said, on a Telegram channel, promising to do more to represent independent Russian journalism. He dedicated the prize to the six Novaya journalists who have been murdered, and said he said he hoped it would help people who are critical of Russia’s government, particularly journalists and other news organisations accused of being foreign agents. He also said he thought Mr Navalny deserved it. Ms Ressa learned of her prize while taking part in an online panel on press freedom, and said that she was “in shock…I think it’s a recognition of how tough it is”.

The need to speak out for journalists is undeniable. In 2020, more than twice as many were murdered for doing their jobs as in 2019, according to the Committee to Protect Journalists, an NGO based in New York. At the end of 2020 over 270 journalists were imprisoned, according to the same organisation. That was the highest figure ever recorded by their annual census, which has been going for almost three decades. Highlighting the perils of being a journalist in repressive countries is no bad thing. Yet some will wonder if the Nobel Committee could not have been a little bolder. ■